My journey into becoming an open source contributor 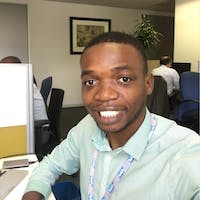 Photo by Kun Fotografi from Pexels

It's been a little over 3 weeks since my very first attempt at contributing to an open source project. To make the task even more daunting, I recorded the who process and posted it on YouTube (also my very first ever YouTube video).

Since then, I've created a few more pull requests ( here's my latest ), engaged in conversations with the wonderful open source community at Supabase and received great feedback to help me grow as a developer.

Here are my findings.

Doing anything in public is scary.

Writing code in public is particularly scary because you're potentially opening yourself up to a lot of criticism by far more skilled, experienced or talented developers. My initial fears where:

"What if I make mistakes"

"What if my code is stupid or overly simplistic / naive

and the big one

"what if this exposes me as a fraud / imposter"

My fears were unfounded. Here's why:

You will make mistakes

That's a given because it's just human nature to make mistakes. I discovered two kind of mistakes in this arena:

What's been especially encouraging about this great feedback is that it is from people I highly admire.

A huge shout out to the people at Supabase. They are super welcoming, kind and friendly. I'd highly recommend contributing to their repositories, they have a variety of programming languages to choose from, are very active and provide great feedback - often within minutes.

Doing anything in public is scary, but it is often the best way to grow and improve in just about every facet of life, whether it be writing code, speaking or blogging (this was supposed to go into my personal journal).

People are often kinder than we give them credit for. More often than not you will receive applaud, thanks and constructive criticism than harsh or unkind words. This has been the case for me so far, even when I've made silly mistakes.

My only wish is that I had started contributing to OSS sooner; I'd be so much further along in my developer journey than where I am now despite having a formal education and working for a large software company.